Buddha Air is a renowned Airline company operational since 1997. Buddha Air envisions itself as the safest, most reliable and comfortable means of transportation. Till date Buddha Air has flown over 5 million passengers with zero insurance claims.

Starting with one DHC-6/300 Twin Otter, Yeti Airlines now has the largest fleet of fourteen aircrafts. The airline has served the isolated population of Nepal living in far-flung mountain areas by providing the only means of transportation and connection to the outside world. It has the largest fleet of Seven British Aerospace ‘Jetstream-41′ ; covering major cities within Nepal from the mountains and hills to the Terai region.

Saurya airlines is the newest Airlines company started first flight on 17th Nov for 2014 year. With the  focus on quality service, on time performance and affordable fares without making any compromises on safety, Airlines is in Nepali sky with sophisticated Canadian aircraft “Bombardier CRJ-200″.

In order to fly to all nooks and corners of the mountain terrain of Nepal, Tara Air have maintained a unique fleet mix which have proven short take-off and landing (STOL) capabilities for the last several decades.

Goma Air was established with the intention to help the STOL (Short Takeoff And Landing) sector of  Nepal. At present GOMA Air is focusing its operation in STOL airstrips of Mid and Far western part of Nepal. Currently it is operating with its base in Surkhet and Nepalgunj with Two Cessna and one  LET 410.Goma Air is promised to provide the best service in the Nepalese Aviation and development of the rural sector inside Nepal.

There are 7  Rotor Wings 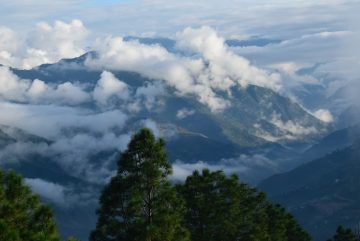